The World Mental Health Day is observed each year on October 10, and it is an opportunity to warn of the growing mental illness and disease problem with the aim of raising awareness, education and efforts to improve mental health.

In this regard, Caritas BiH at Sarajevo Children’s Square organized the distribution of promotional materials, thus attempting to draw public attention and call for a stimulus for joint efforts to reduce the stigma and social exclusion of people with mental disabilities. 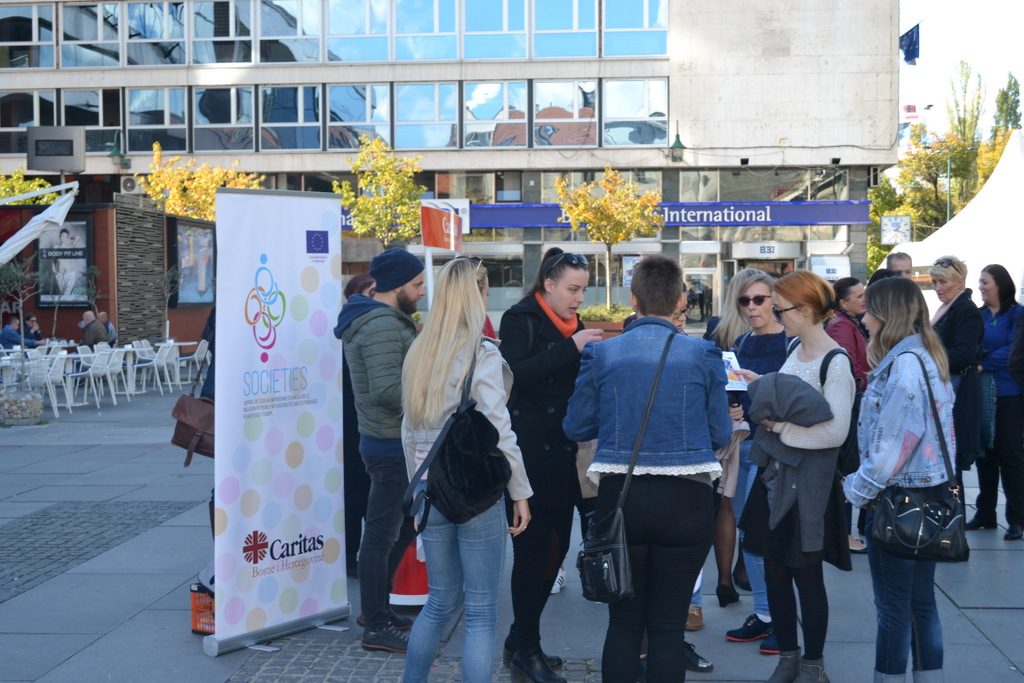 Caritas Campaign IT CAN HAPPEN TO ANYONE, under the slogan “Mental Illness and Disability are not contagious, but indifference is” is being implemented within the EU funded project SOCIETIES Support Of CSOs In Empowering Technical skills, Inclusion of people with disabilities and EU standards in South East Europe. 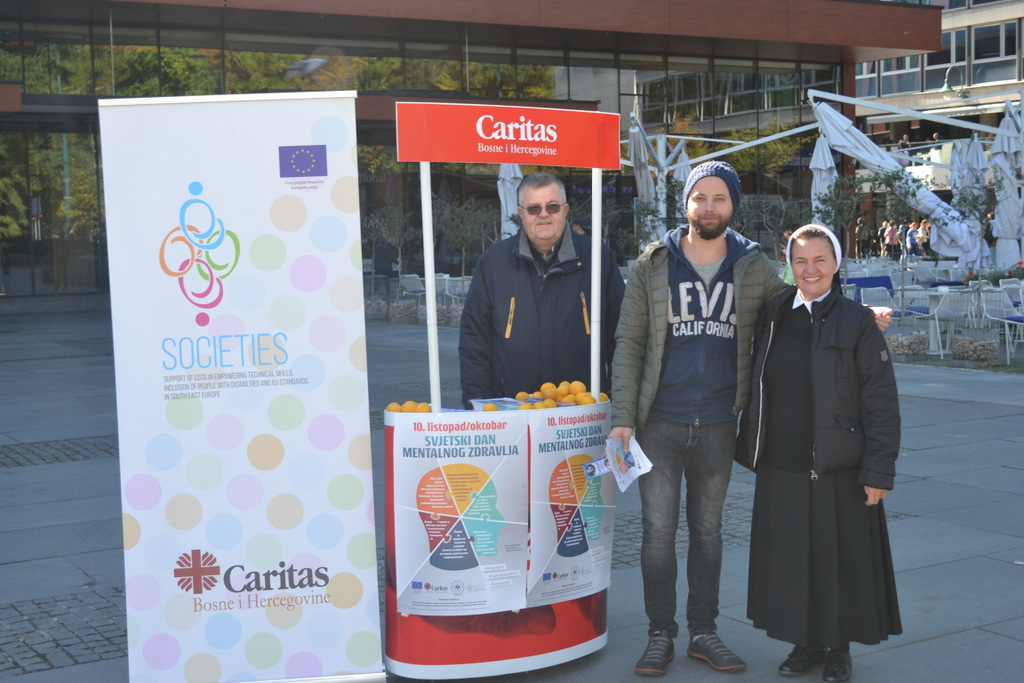 The campaign will end by the end of 2017, and it could be joint through social networking using the hashtags: # niesvakibolfizički #stopstigmi #potrazipomoc # jasam1od4

Caritas BiH will, in the forthcoming period, try to encourage all citizens, primarily young people, to join their voices to warn of the growing mental health problems in Bosnia and Herzegovina. In joint efforts, solidarity should be a permanent obligation and basic principle in the struggle for the common good. 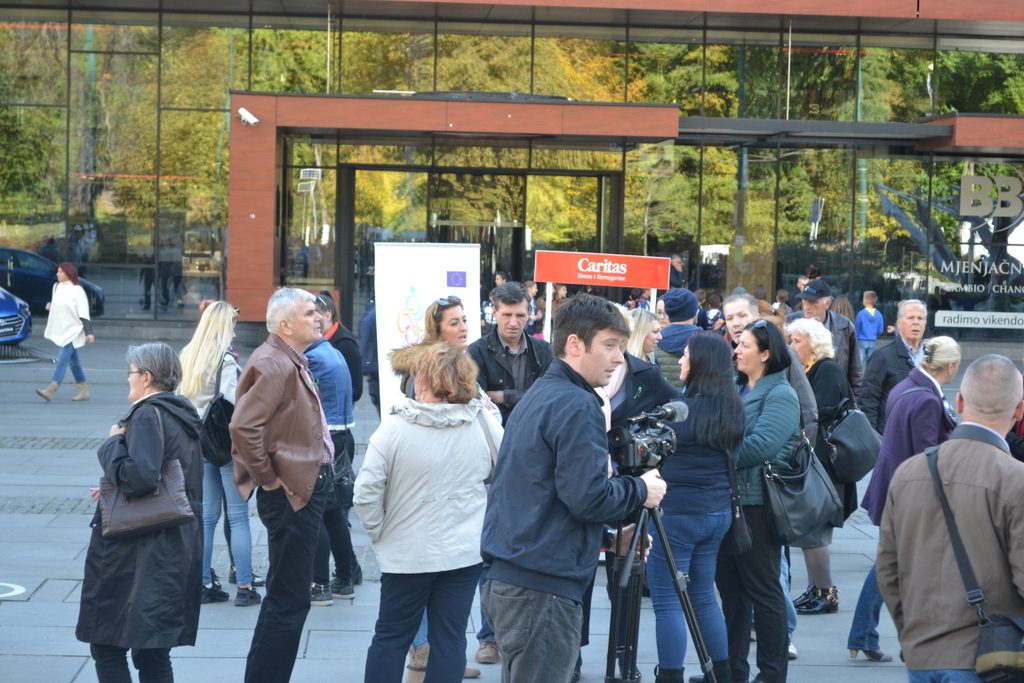 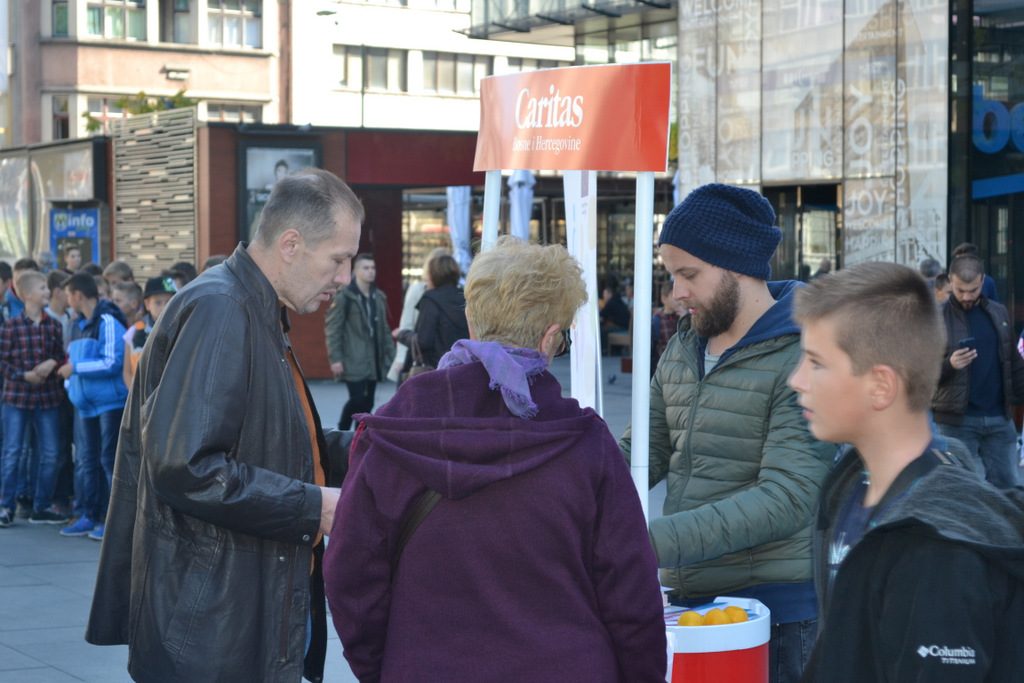